The Cambridge History of Socialism

The first volume of this Cambridge History deals with the early history of (proto)socialisms and the state-negating movements. It covers cases in Europe, the Americas, Africa and Asia. The first part discusses early egalitarian experiments and ideologies in Asia, Europe and the Islamic world, and then moves to early socialist thinkers in Britain, France, and Germany. The second part deals with the rise of the two main currents in socialist movements after 1848: anarchism in its multiple varieties, and Marxism. It also pays attention to organisational forms, including the International Working Men's Association (later called the First International); and it then follows the further development of anarchism and its 'proletarian' sibling, revolutionary syndicalism – its rise and decline from the 1870s until the 1940s on different continents. The volume concludes with critical essays on anarchist transnationalism and the recent revival of anarchism and syndicalism in several parts of the world.

The second volume opens by reconstructing the trajectory of state-transforming movements, and ends with thematic essays that reconsider the history of socialism from a number of different angles. It begins with a reconstruction of social democracy's trajectories from the 1870s until the present. The evolution of socialism on different continents is illustrated through a number of national case studies. Experiments at a subnational level (for example, municipal socialism) are also explored, as are the varying experiences of international umbrella organizations. The next part focuses on divergent socialist experiments and ideologies in several parts of the world, including South Asia, Africa, the Arab world, Brazil, Venezuela, and Israel/Palestine, followed by an overview of 'independent' socialist movements, including left-socialist parties of the 1930s and the post-war period, and the global New Left since its beginnings in the 1950s. The volume concludes with critical essays on socialism's long-term and global development. 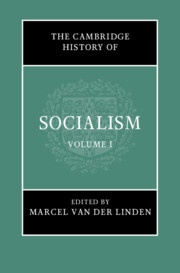 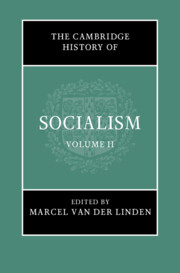